A new Anti-Defamation League report also finds that an anti-Latino massacre at a Walmart made 2019 the sixth-deadliest for extremist-related violence since 1970. 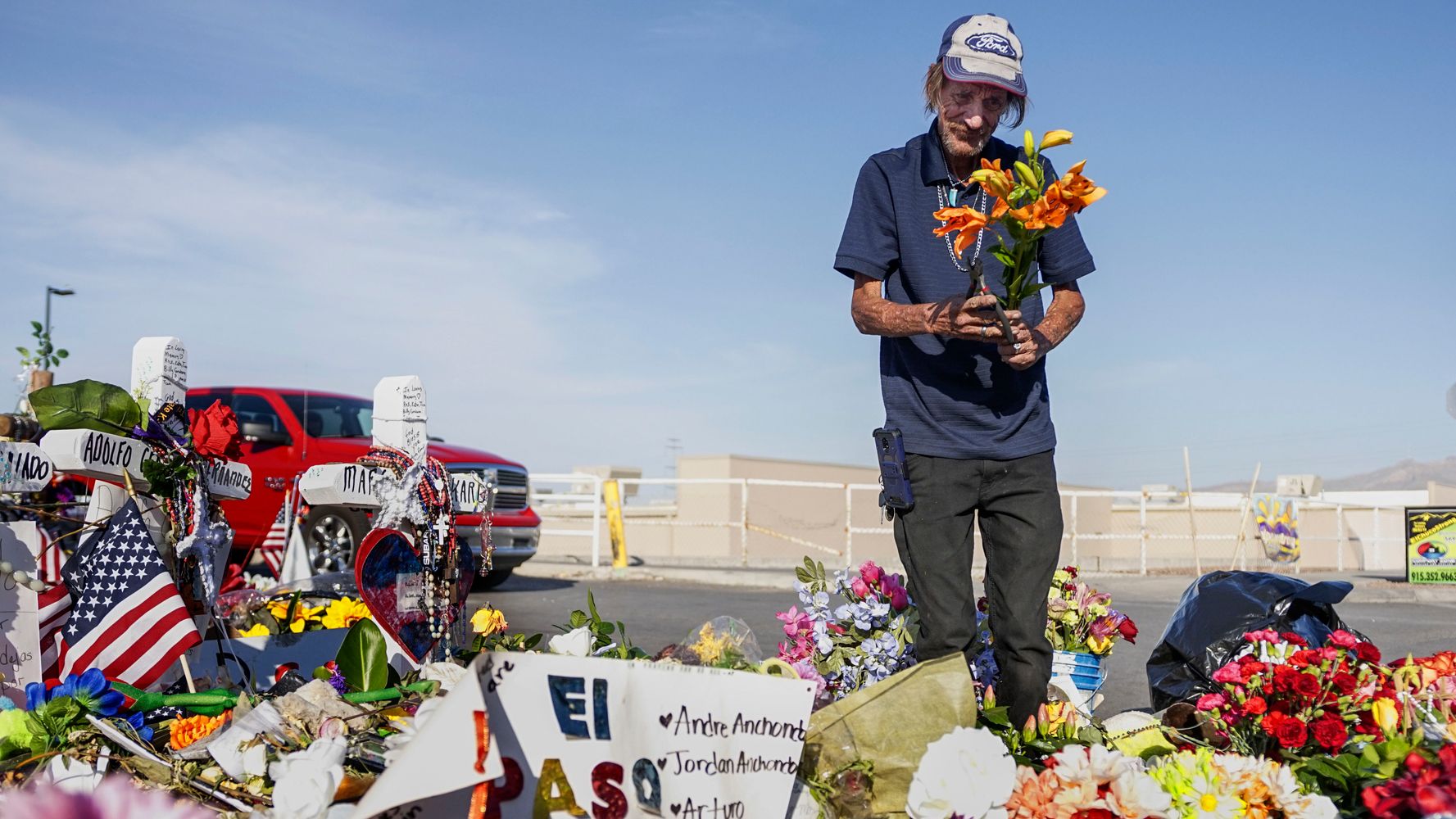 Domestic right-wing extremists have killed over 300 people in the United States in the last 10 years, a new study finds, with a deadly attack at a Walmart in El Paso, Texas, closing out a decade marked by white nationalist terror.

There were 42 murders in the U.S. committed by extremists in 2019, according to the Anti-Defamation League’s annual “Murder and Extremism” report published Wednesday. Of those murders, 38 were committed by people subscribing to far-right ideologies.

The bulk of last year’s domestic extremist murders occurred during the August massacre at a Walmart in El Paso, when a 21-year-old white man — who allegedly posted a racist screed online about the white nationalist “great replacement” conspiracy theory — shot and killed 22 people in one of the deadliest anti-Latino hate crimes in American history.

There was also the April 2019 shooting at a synagogue in Poway, California, when a 20-year-old man opened fire on a crowd of about 100 parishioners. He killed one woman and injured three others before his gun jammed. He later called 911 and reportedly told the dispatcher that Jews were trying to “destroy all white people.”

These murders, according to the ADL’s report, helped make 2019 the sixth-deadliest year for extremist-related violence since 1970. The four preceding years, from 2015 to 2018, were four of the five deadliest years on record for extremist violence in the U.S.

All told, domestic right-wing extremists murdered 330 people from 2010 to 2019. According to the ADL, that number accounts for 76% of the 435 domestic extremist murders during that time.

The ADL’s report underscores growing concern over far-right violence in the U.S. In the month after the El Paso attack, HuffPost found that authorities had arrested about a dozen potential mass shooters with links to the far right. On Tuesday, federal authorities arrested five alleged members of the Atomwaffen Division, a neo-Nazi group connected to multiple murders across the country, for intimidating and threatening journalists.

“Over the last decade, right-wing extremists have been responsible for more than 75 percent of extremist-related murders in this country,” ADL CEO Jonathan A. Greenblatt said in a statement Wednesday. “This should no longer come as a shock to anyone. Lawmakers, law enforcement and the public need to recognize the grave and dangerous threat posed by violent white supremacy. We cannot begin to defeat this deadly form of hatred if we fail to even recognize it.”

The ADL report also includes the murders of a police officer and three people inside a Kosher supermarket in Jersey City, New Jersey. These murders are classified in the report as being committed by “other/miscellaneous” extremists. That’s because the two alleged shooters had ties to the Black Hebrew Israelite movement, which the ADL says “defies a simple ‘left-right’ classification scheme.”

Some murders in the report were also described as non-ideological, having stemmed from gang activity, domestic violence and robberies.

The ADL report notes that 2019 also marked the first year since 2012 that there were no murders linked to domestic Islamist extremism.

No country will be spared, warn experts, as fight against coronavirus ramps up

Bloomberg On Ex-Felon Voting Rights In 2018: 'They're Not Going To Vote Anyway'

The Los Angeles school board slashes its police force and...

Police Mocked Black Man’s Muslim Faith As They Killed Him

(Reuters) - The U.S. military on Wednesday acknowledged it was unsure about how...

(Reuters) - The Supreme Court is set on Wednesday to consider a dispute involving...

(Reuters) - Top Homeland Security officials said on Monday they had no intention...

(Yahoo News) - On October 24, videos were shared to social media of an NYPD officer...

GOP seeks to roll back mail-in voting in states like Georgia...

Austin Leads the Way in Cutting Police Funding and Using...

(Truth Out) - Austin City Council voted Thursday to use funds slashed from the police...

DEBT COLLECTORS, facing growing demands to freeze the collection of debt across...

A Black man is suing a Texas city for $1 million after...

(Yahoo News) - A homeless Black man whose handcuffs were attached to a rope while...