(CNN) - Several NFL players have released a powerful video titled "Stronger Together" that calls on the league to condemn racism and support black players. 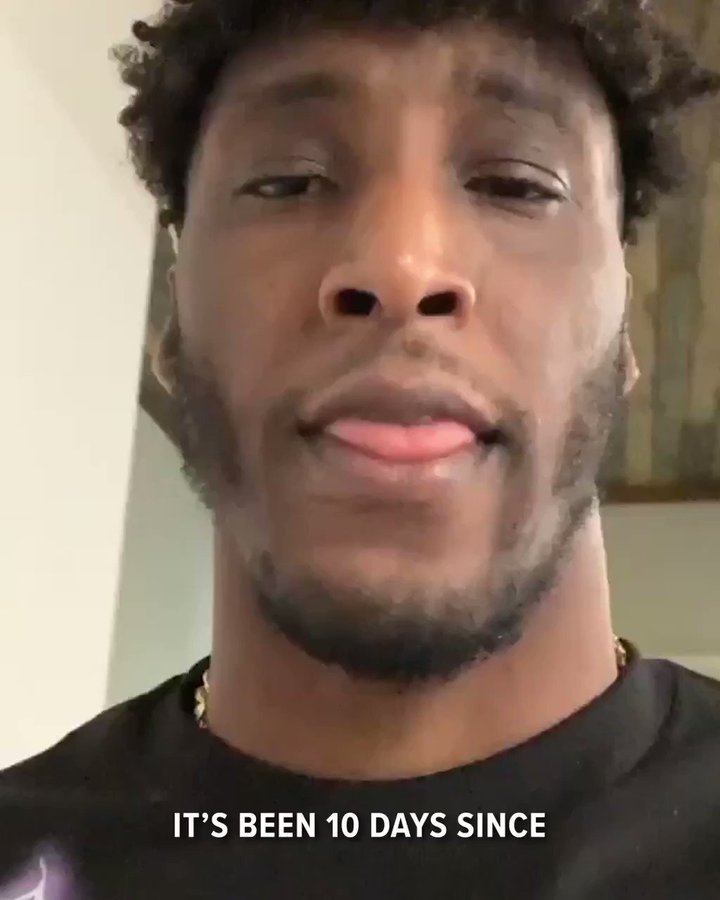 7,438 people are talking about this
In the video, they asked the NFL to issue a statement condemning racism and police brutality following the death of George Floyd in Minneapolis.
"How many times do we need to ask you to listen to your players?" Tyrann Mathieu asked.
"What will it take?" DeAndrea Hopkins chimed in.
"For one of us to be murdered by police brutality?" Jarvis Landry asked.
Vowing that they will not be silenced, the players listed suggestions on what the NFL can say.
"So on behalf of the National Football League, this is what we the players would like to hear you state," they said in unison. "We, the National Football League, condemn racism and the systemic oppression of black people. We, the National Football League, admit wrong in silencing our players from peacefully protesting. We, the National Football League, believe black lives matter."
NFL stars have been mostly united in demanding justice for Floyd, a 46-year-old black man who died on May 25 after pleading for help as a white police officer knelt on his neck while pinning him to the ground.
Racism has been a persistent charge in the NFL, particularly after former San Francisco 49ers quarterback Colin Kaepernick began kneeling before games while the National Anthem played to protest police brutality.
No team has offered Kaepernick a contract since 2017, which many attribute to his protests. Kaepernick accused NFL team owners of colluding to keep him from being signed. The NFL denied any collusion but in 2019, they reached a settlement with Kaepernick and former teammate Eric Reid, who knelt with him.
Protests against Floyd's killing have continued throughout US cities, with many sports stars taking part.
Thomas criticized Saints quarterback Drew Brees this week for saying he would "never agree with anybody disrespecting the flag," a reference to the national anthem protest movement started by Kaepernick.
Brees later apologized for 'insensitive' comments.
Authorities have arrested Derek Chauvin, the former police officer who pinned Floyd to the ground by his neck for 8 minutes and 46 seconds before he died. Prosecutors charged him with third-degree murder and second-degree manslaughter. This week, he was also charged with a second-degree murder count.
Three other former officers who were at the scene are also under arrest and are charged with aiding and abetting second-degree murder and aiding and abetting second-degree manslaughter.
Click Here To See More

Before the Death of Manuel Ellis, a Witness Told Police: ‘Stop Hitting Him’

A ‘rise in white supremacy’: Black pastor alarmed by Proud...

Xbox Series S and X Developer Mode: 3 things you can do...

As Italy locks down 60 million people over coronavirus,...

As Local News Dies, a Pay-for-Play Network Rises in Its...

(NYT) - The sites appear as ordinary local-news outlets, with names like Des Moines...

As domestic abuse rises in lockdown, France to fund hotel...

After the restrictions came into force, cases of violence against women have increased,...

The World Health Organization asks countries to be 'as aggressive as possible' in...

The Federal Reserve’s decision to extend loans only to the most-populous local governments...

(USA Today) - Congress is calling on the Pentagon to police its troops for white...