Thousands marched through Baghdad on Saturday for Iran’s top general, who was killed in a U.S. airstrike. 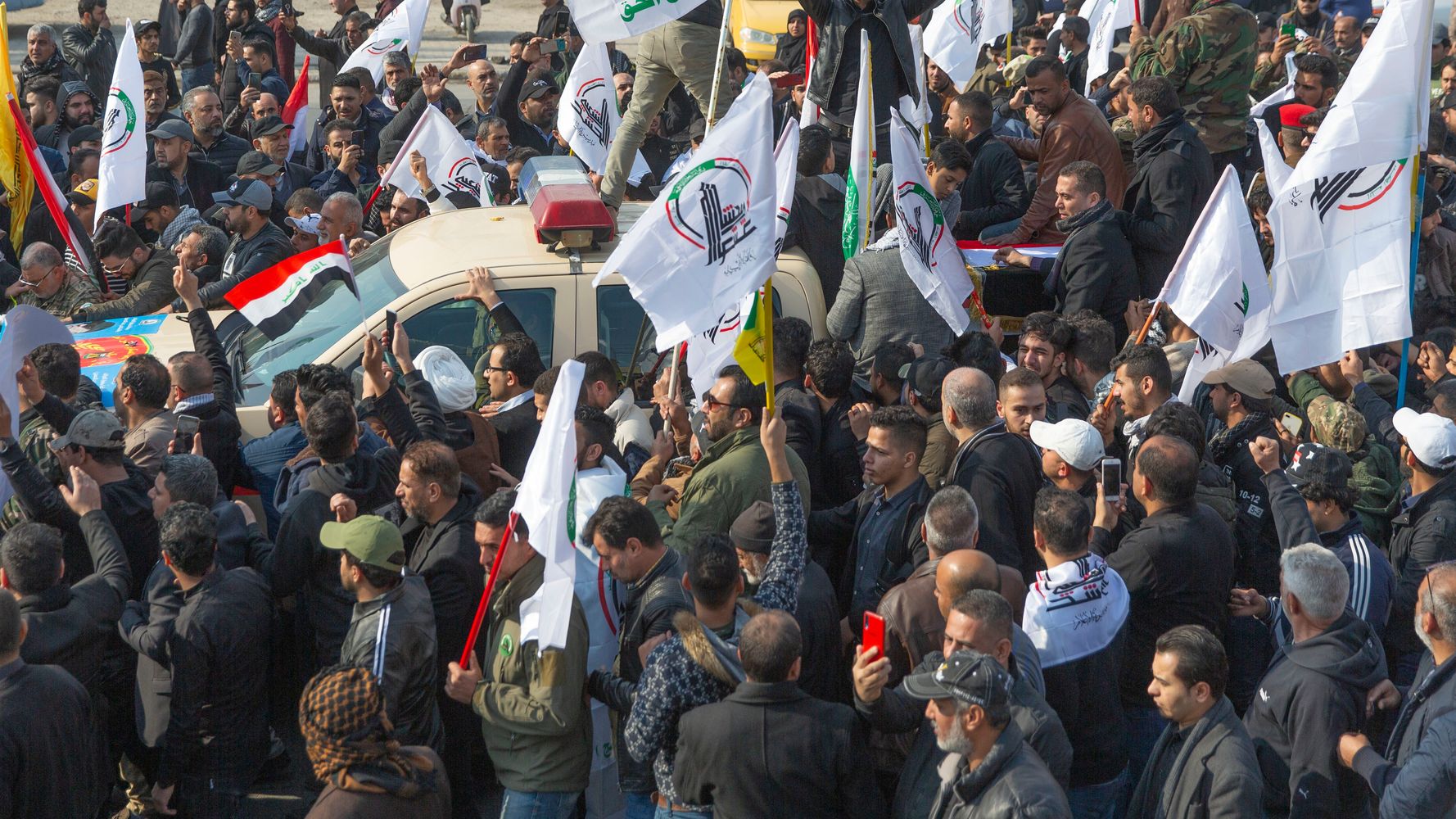 Thousands marched through Baghdad on Saturday for Iran’s top general, who was killed in a U.S. airstrike.

BAGHDAD (AP) — Thousands of mourners chanting “America is the Great Satan” marched in a funeral procession Saturday through Baghdad for Iran’s top general and Iraqi militant leaders, who were killed in a U.S. airstrike.

Gen. Qassem Soleimani, the head of Iran’s elite Quds force and mastermind of its regional security strategy, was killed in an airstrike early Friday near the Iraqi capital’s international airport. The attack has caused regional tensions to soar.

Iran has vowed harsh retaliation, raising fears of an all-out war. U.S. President Donald Trump says he ordered the strike to prevent a conflict. His administration says Soleimani was plotting a series of attacks that endangered American troops and officials, without providing evidence.

An official with the U.S.-led coalition in Iraq said it has scaled back operations and boosted “security and defensive measures” at bases hosting coalition forces in the country. The official spoke on condition of anonymity according to regulations.

Washington has dispatched another 3,000 troops to neighboring Kuwait.

Soleimani was the architect of Iran’s regional policy of mobilizing militias across Iraq, Syria and Lebanon, including in the war against the Islamic State group. He was also blamed for attacks on U.S. troops and American allies going back to the 2003 invasion of Iraq.

The mourners, mostly men in black military fatigues, carried Iraqi flags and the flags of Iran-backed militias that are fiercely loyal to Soleimani. They were also mourning Abu Mahdi al-Muhandis, a senior Iraqi militia commander who was killed in the same strike.

Drug Addiction is not a Disease; Mass Shootings are not Mental Illness

NBA Agrees To Use Arenas As Polling Places In Deal To Resume...

The Growing Gap Between CEO and Worker Pay

'Abuse of Power': Trump and Barr to Deploy More Federal...

(Common Dreams) - "In case you were wondering, this is precisely what fascism looks...

Biden Refuses to Commit to Signing Medicare for All Bill...

"If Democrats passed a Medicare for All bill through the House and Senate, it would...

The House has passed a bill that would curtail President Donald Trump's warmaking...

These Textbooks In Thousands Of K-12 Schools Echo Trump’s...

Black Democratic voters are energized to vote President Trump out of office in 2020,...

Trump Ramps Up Deportations to Haiti Despite Massive Risk...

(USA Today) - A federal program charged with compensating people for serious side...