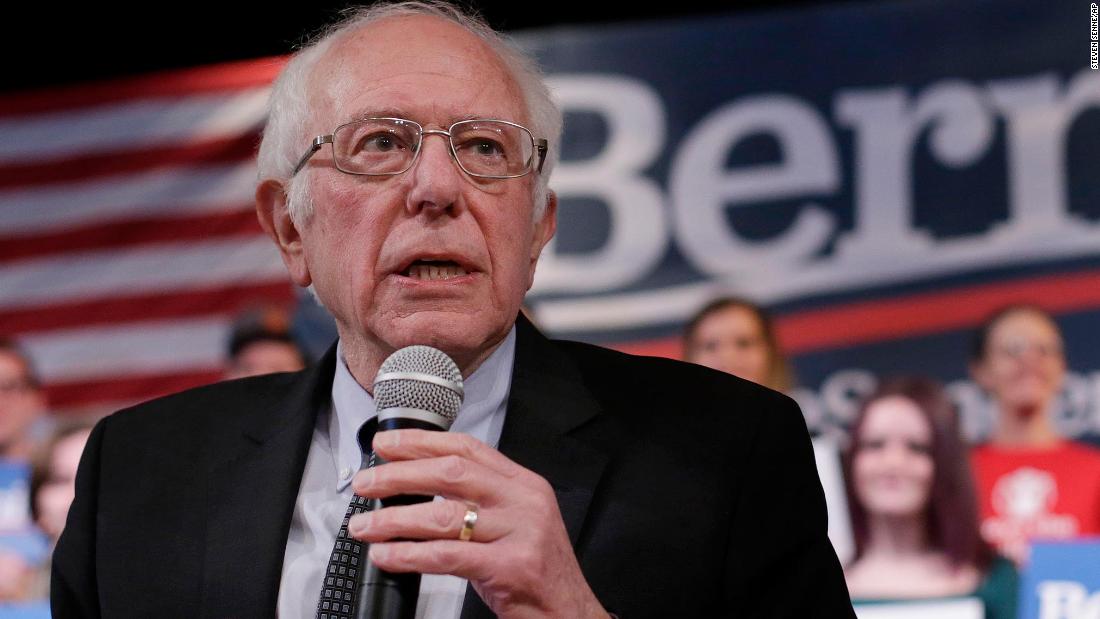 (CNN)Vermont Sen. Bernie Sanders' lead in New Hampshire continues to hold, according to the second release from a tracking poll conducted by the University of New Hampshire for CNN.

The poll, conducted from Wednesday through Saturday, finds Sanders with 28% support to former South Bend, Indiana, Mayor Pete Buttigieg's 21%, both holding even with their performance in the previous day's release. Former Vice President Joe Biden lands at 12%, Massachusetts Sen. Elizabeth Warren at 9%, Minnesota Sen. Amy Klobuchar at 6%, Hawaii Rep. Tulsi Gabbard at 5% and entrepreneur Andrew Yang at 4%.
Saturday's interviews, which make up roughly a quarter of the poll's sample, show Klobuchar having her best day in the tracker so far, while Warren had her worst.
Still, the major contours of the race have held steady: Sanders continues to outpace Buttigieg by a wide margin among those who have definitely made up their minds about whom to support, while the two top contenders run about even among those who have yet to commit to a candidate.
Sanders leads by a wide margin among younger likely primary voters, while Buttigieg has opened up a lead among those age 45 and older. Buttigieg edges out his rivals among voters who consider themselves moderate or conservative, while Sanders has a better than 25-point lead among liberals. And Sanders tops the field among those who do not have a college degree, while college graduates split evenly between the two.

5 Preexisting Conditions That Can Make It Harder to Fight...

If you have certain physical health issues or a mental health disorder, you may...

US economy will need support for ‘some time’, Fed’s Powell...

(Aljazeera) - Recovery for the world’s largest economy remains ‘uneven and far from...

Amid US-Iran tensions, many Iranian Americans fear they will face increased discrimination....

(Reuters) - The U.S. Centers for Disease Control and Prevention on Tuesday issued...

The NYPD is withholding evidence from investigations into...

(Raw Story) - Despite its legal obligations, the NYPD has been withholding significant...