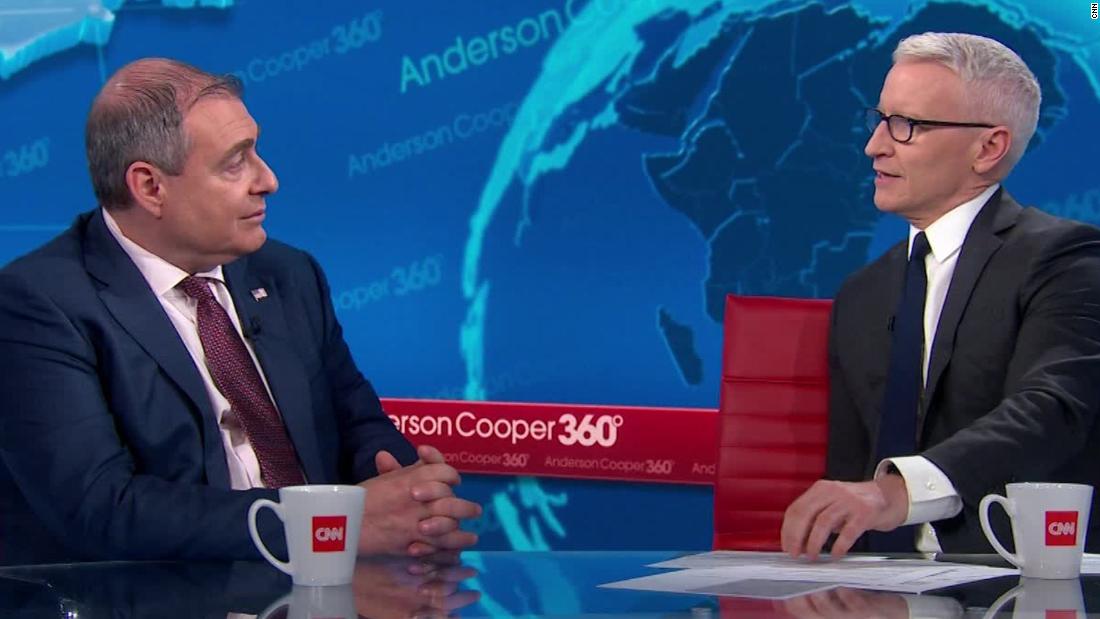 Washington (CNN)Lev Parnas, an associate of Rudy Giuliani, told CNN he witnessed President Donald Trump telling a top aide that the US ambassador to Ukraine should be fired.

It was one of several instances when Trump attempted to fire then-Ambassador Marie Yovanovitch, Parnas told CNN's Anderson Cooper in the latest installment of a wide-ranging interview that aired Thursday night. Parnas, a Soviet-born businessman, has become a central figure in the campaign to pressure Ukrainian officials to investigate Trump's political rivals.

The scene unfolded during a private dinner in spring 2018 at Trump's hotel in Washington, where top donors to a pro-Trump super PAC -- including Parnas -- mingled with the President.

"In the conversation, the subject of Ukraine was brought up," Parnas said. "And I told the President that our opinion that (Ambassador Yovanovitch) is badmouthing him -- and that she said that he's gonna get impeached -- something like that. I don't know if that's word for word."

Parnas continued, "and his reaction was, he looked at me, like, got very angry, and basically turned around to (then-White House aide) John DeStefano, and said, 'Fire her. Get rid of her.'"

At the time, DeStefano was a senior adviser to Trump. The conversation that Parnas described apparently occurred one year before Yovanovitch was ousted from her post. She testified in the House impeachment inquiry that the State Department informed her in late April 2019 that she was being removed from Kiev because Trump "no longer wished me to serve as his ambassador." The exchange is consistent with previous court filings that said Parnas was promoting damaging allegations about Yovanovitch months before the Trump-backed pressure campaign began in Ukraine.

The danger of the “ethno-nationalist” state

'Faithless elector': Supreme Court will hear case that could change how presidents...

People Who Voted For Trump In 2016 Are Revealing Their...

"There's a plague outside but the Trump administration is strongly encouraging states...

Republicans Push for Greater Power Over How Elections Are...

(NYT) - G.O.P. lawmakers in at least eight states controlled by the party are trying...

Trump Ramps Up Deportations to Haiti Despite Massive Risk...

The move came days after the White House announced the deal, which allows Israel...

"We know that the first four years of a child's life are the most important years...

(Afromerica) - The irony in the name United States of America cannot be clearer....