An African American museum in Charleston is finally being built 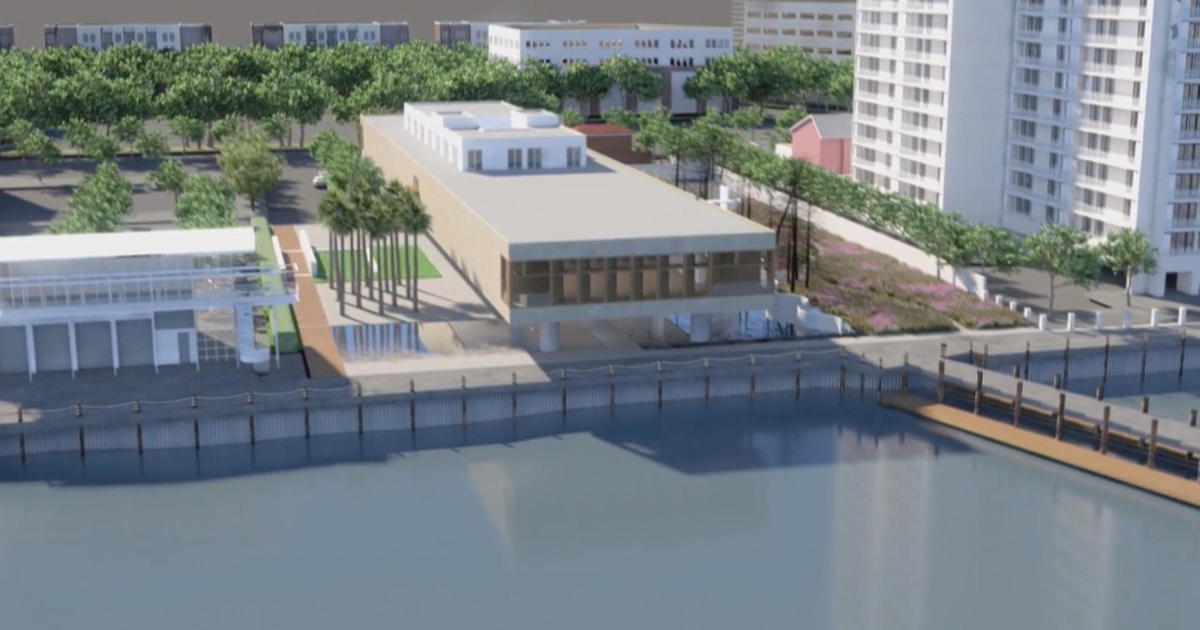 The future International African American Museum in Charleston, South Carolina, aims to tell a crucial part of the city's history: it was once the largest port of entry for enslaved people into the United States.

Beginning in the 17th century and continuing until 1808, when the Atlantic Slave Trade was banned by the U.S. government, hundreds of thousands of people were forced onto ships and brought to Charleston to be sold. The museum is being built on the spot where many of those enslaved people first stepped on shore, "CBS This Morning: Saturday" co-host Jeff Glor reports.

The city held a ground-breaking for the $100 million museum a few weeks ago. It's expected to open in late 2021.

"It's very remarkable to consider what's going to be here in a matter of a couple years," said Elijah Heyward III, the museum's COO. "It's really gripping … there's an amazing opportunity that we have to tell the story of that moment that has really impacted America, but also of what was … achieved and explored beyond that moment."

Millions of people visit Charleston each year to enjoy its restaurants, views and history. But there are times people forget the suffering that took place there, the city's former mayor Joseph Riley said.

Riley, who was mayor for over four decades, had been trying to get the museum built for 20 years. But it wasn't until nine African Americans were killed in 2015 at the Emanuel AME Church that a renewed spirit of outreach pushed the project forward.

"Small cities … seldom have the opportunity to create something of great importance to the whole country," Riley said. "The story told here is an American story, and it's told better here than any place in the country."

Today, the museum says as many as 80% of African Americans could trace an ancestor through the port of Charleston. In one year alone, 200 ships filled with 30,000 captive Africans landed there.

"Growing up in and around this area, did you ever think something like this would be built?" Glor asked Heyward.

"I had hopes that it would be built, but I think that I'm definitely living a dream right now," Heyward said.

When completed, the 31,000-square-foot museum will feature galleries and exhibit halls devoted to the stories of people forced to make the trip across the Atlantic both before and after the United States was formed as a country.

"This is really meant to be a sacred space that allows a visitor to pause and consider what this site is all about in a larger sense," Heyward said.

There are also plans for a genealogical center to help people trace their roots — a sort of Ellis Island for African Americans.

Although opportunities to learn about Charleston's full story have been limited, it has already been changing. At McLeod Plantation in Charleston, children as young as 5-years-old were forced to work picking and processing cotton. Now, McLeod is one of only two plantations in the country whose primary focus is educating about the history of slavery.

"I tell people that on my tour: Everything that you see in Charleston, down to the bricks that were handmade by enslaved people, they literally built the city," said Olivia Williams, one of the historical interpreters for the plantation.

"And keep in mind, Charleston was a very wealthy city," added John Gardner, another historical interpreter. "Because remember, the wealth of the people was based on the number of slaves you had."

Today, the huts that housed some of those enslaved people more than 150 years ago are still standing, as is the gin mill some worked in. Williams pointed out three finger prints in the brick that were left by a child.

"Enslaved children were making these bricks," she said. "There are kids who will walk up and put their three little fingers into these spaces, and it's just such a moving experience, and this really makes it real for people."

Talking about the truth can hurt sometimes, Gardner said. "But also, it heals. And that's what we try to do here, from the standpoint of getting folks to understand background history, and why the history we've had here in slavery has such an impact on what we do in the United States today," he said.

Currently, tourists from all over choose to visit Charleston, and soon, they'll be able to learn more about the people who came there with no choice.

"We have the trauma, the pain, but there's also the triumph that's important for us to tell the story of everything that was accomplished, in spite of that … the perseverance, the ingenuity, the creativity that still continues to shape America today," Heyward said.

Beyond the Myth of Malcolm X

Meet the first female and African American Speaker of the...

(CBS News) - In an exclusive broadcast interview with "CBS This Morning" co-host...

Millions of People Will Struggle to Pay Rent in April,...

ON WEDNESDAY, APRIL 1, rent payments will be due for the first time since the coronavirus...

The Coronavirus Reveals The ‘Invisible Inequalities’ In...

Professor Marion Nestle offers a sobering assessment: “That the food system is failing...

100 ways you can take action against racism right now

(USA Today) - As protests continue over George Floyd's death and the continued mistreatment...

How 'FREE' became a Dirty Word in Capitalist America

(Afromerica) - Phrases such as "free handouts", "entitlements", and "nothing is...

Things Leadership Can Do to Stop the Violence Right Now:...

(Afromerica) - It is ultimately the responsibility of police forces, training academies,...